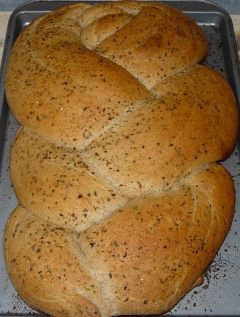 I would call this a challah, because it sorta looks like one, but it isn’t really, as I didn’t use eggs in it. I didn’t even use a recipe—it’s just regular whole-wheat bread (one-third whole wheat

and two-thirds Better for Bread

The bread came out a little flatter than I expected, but this is all about getting to know your dough. I learned that dough tend to go slack as it sits, and it takes skill and timing to make a tall bread without some kind of bread pan or mold to hold it into some shape. I later learned that the bread artisans let their dough rise in a brotform

then dump it onto a very hot baking stone

This is the standard “1-2-3” recipe, slightly modified. The basic recipe is 3 cups flour, 2 teaspoons yeast, and 1¼ cup water (and honey).

I didn’t take any pictures during the mixing and kneading, because my hands were doughy. I more-or-less followed a challah-making video from Youtube, about like this: 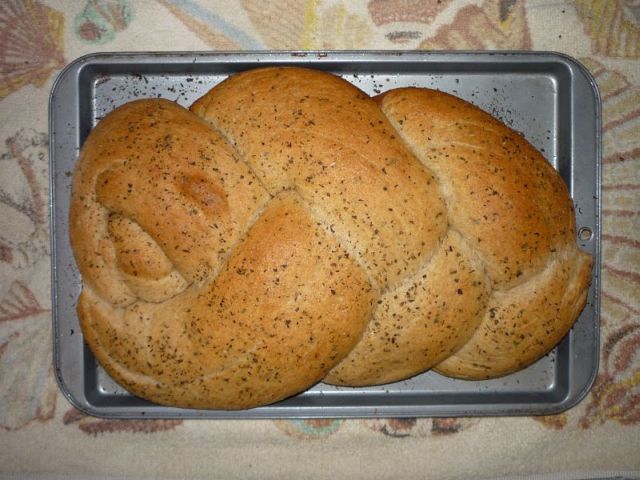 So there it is! My first-ever hand-made-from-scratch bread. Stay tuned for more breads and more pictures in the coming weeks, and also, don’t miss my soaping pages!