rough-in your tuner before transmitting!

Here’s yet another case of buy for $100 or build for $20… Dave Benson, K1SWL, of Small Wonder Labs, sent me this neato noise bridge circuit. I put it in a little box and added battery, switches, and connectors. The PCB and its parts were $17 delivered. My box isn’t very pretty, but it works great! I use it to tune up the antenna tuner on 60, where it’s not legal to transmit dead carrier.

A noise bridge makes broadband noise and feeds it through a bridge circuit to a receiver. It is first calibrated to a known, desired resistance, (say, 50 ohms) then the “unknown” load is connected. Now it starts to get interesting. By tuning the receiver and listening for the null, you can determine the resonant (or notch) frequency of various tuned circuits like traps, antennas, or even antenna tuners, without transmitting! I built mine primarily as a “tuner-tuner” to use for Field Day, so I can tune the tuner without creating QRM or desensing the other radios in the Field Day operation. It will also come in handy to prune my multiwire fan dipole. Besides all that, it’s just plain neato because it’s old-fashioned, cool, useful, and not everybody has one! 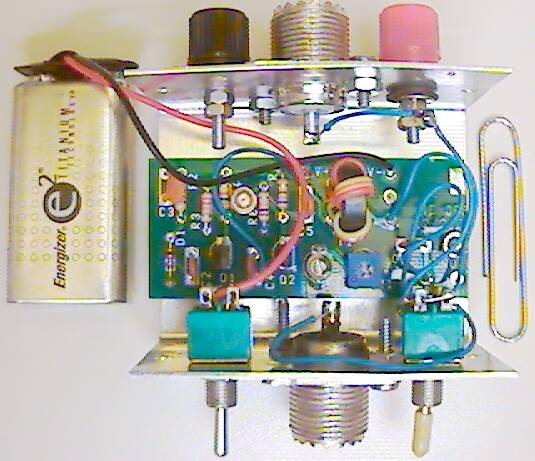 Has both banana jacks and coax connector. 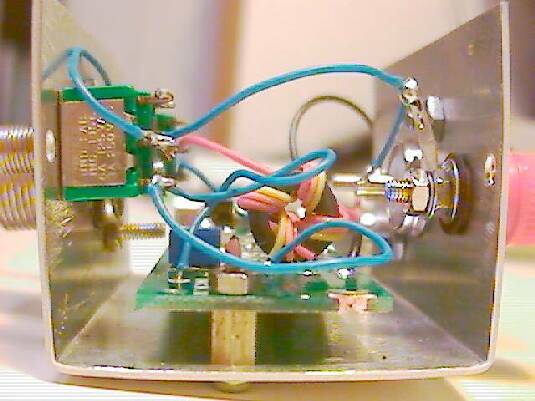 If you transmit into the noise bridge, it might FRY it! Always make sure the bypass switch is on “Bypass” before transmitting!

(Photo above) The “bulge” is in the cheapo camera lens, not the box… I had to grind about ¼″ off the PCB to get it in this tiny box. 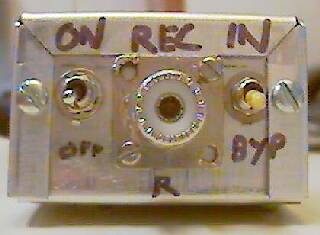 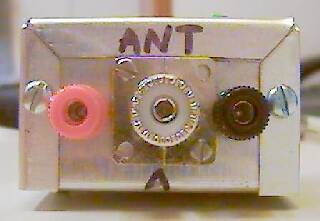 OKAY! So a coat of white paint and computer-printed labels would make it look nice.. I was in a hurry!

To use as a tuner-tuner: First, calibrate the bridge to 50 ohms resistive, with no reactance:

I believe this was the last noise bridge that Dave Benson made, in 2003. I recently received an inquiry from G4AYR about it, and since I wasn’t using it, I sent it off to him! So it now has new home near Oxford, England. Here’s a picture of Terry’s nice station: 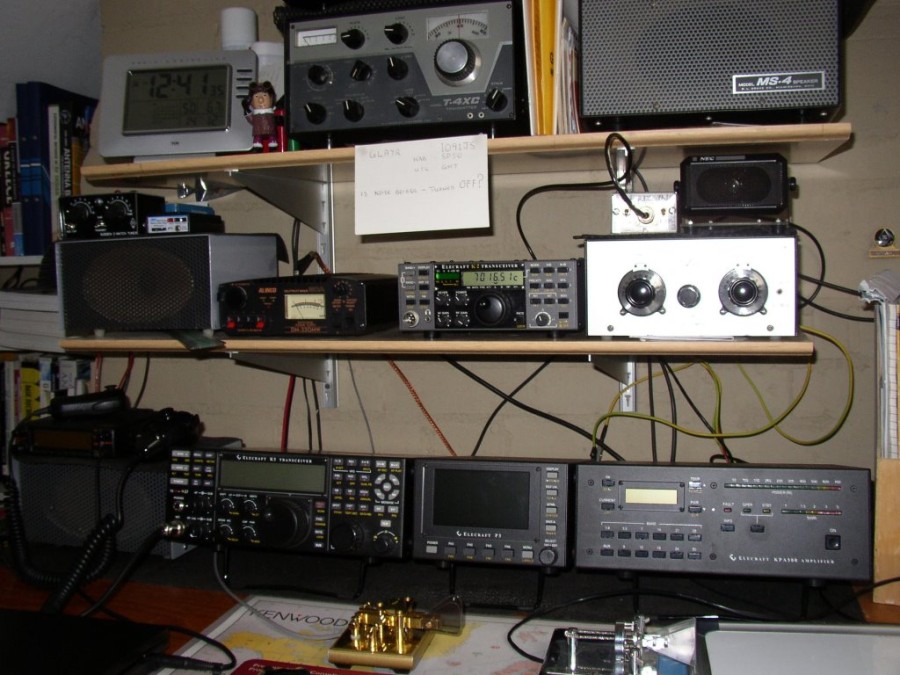