start in the bread machine, finish by hand

This was an experiment that went well. I started a standard loaf of whole-wheat bread in the bread machine

. It mixed and kneaded, then started the first rise. Then I thought, “Why leave it in the bread machine?” So I dumped the dough out into a sprayed 9-inch round tin, covered it, and let it rise. Wanting to try a coarser crumb, I did not do a punch-down, knead, or second rise. I just covered it and let it rise ’til it started running over the edges of the pan, then baked it. That also saved an hour or so.

Bread machines always say to add the water, then the flour, then the yeast on top of the flour. I have always had a poor rise in this Hitachi machine, so I ignore the instructions and mix the warm water, sugar (or honey), and yeast in a cup and let it “bloom” the yeast for a little while. That gets the yeast hoppin’ and makes a better and faster rise.

The previous bread almost burned its bottom, so this time I insulated the bottom of the pan from direct infrared radiation of the burner plate and increased the distance. I also steam-baked the bread. See photos. 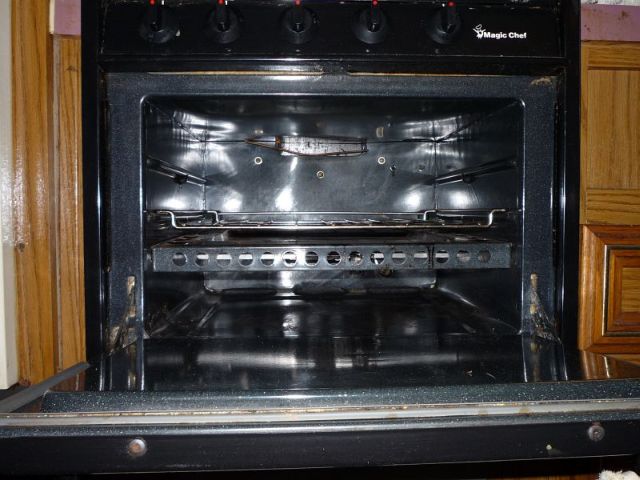 You can see why the first bread over-cooked on the bottom: the rack is too close to the burner plate. 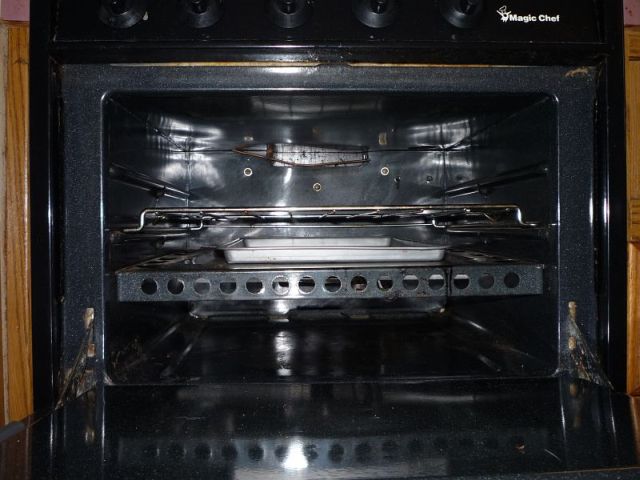 The top rack rail is too high, so I just turned the rack over, and put a cookie sheet on the
burner plate with a cup of water in it. I added another cup, twice, during baking. 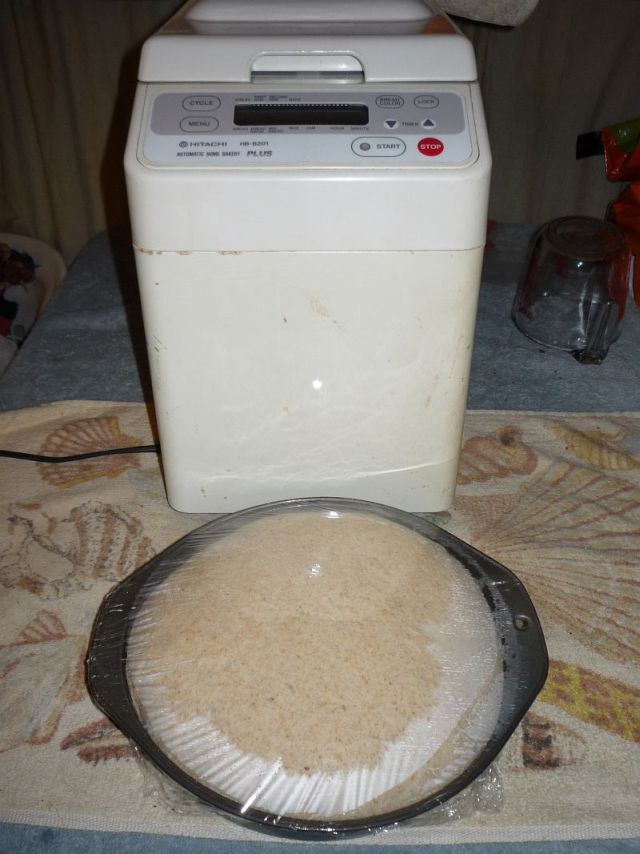 There’s the machine, and the dough starting its rise. 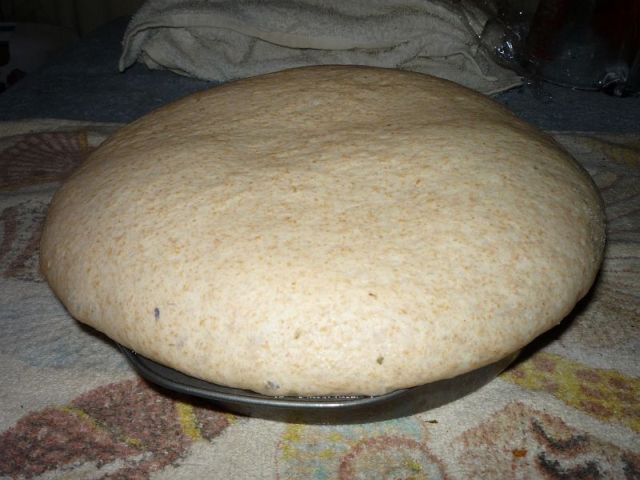 It almost ran over the pan… 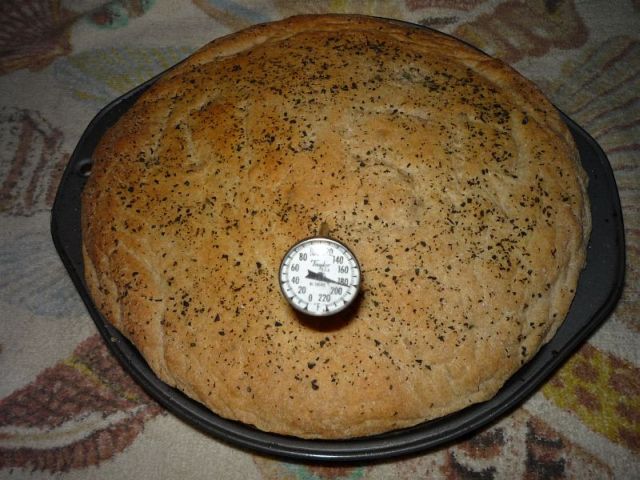 After baking, the top is very nice, but the thermometer is 12 degrees low (should be 195)… 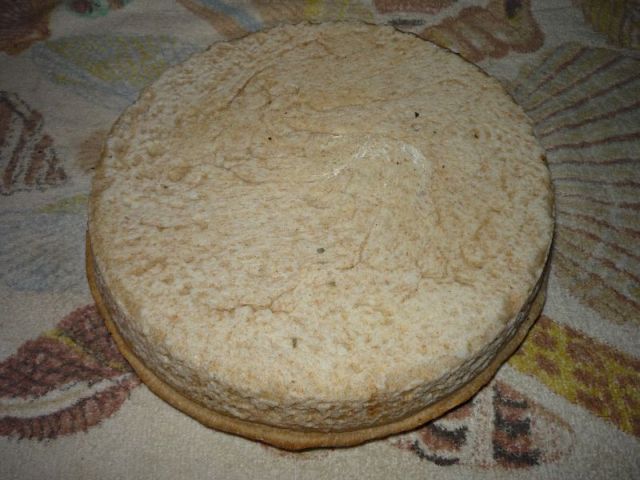 Turning it out reveals an undercooked bottom… 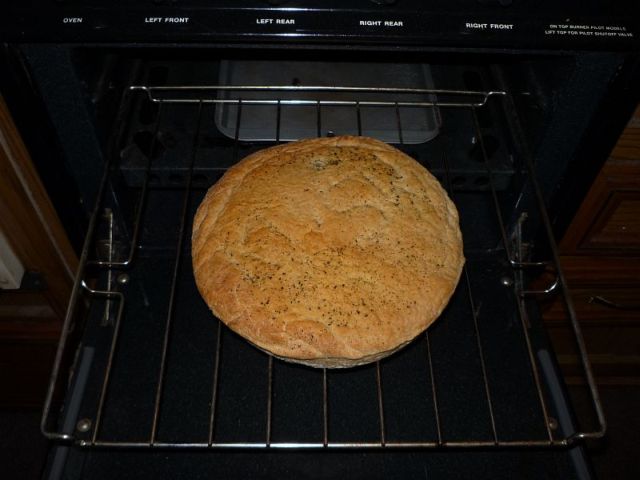 So back in the oven it goes, right on the rack, for a few minutes. 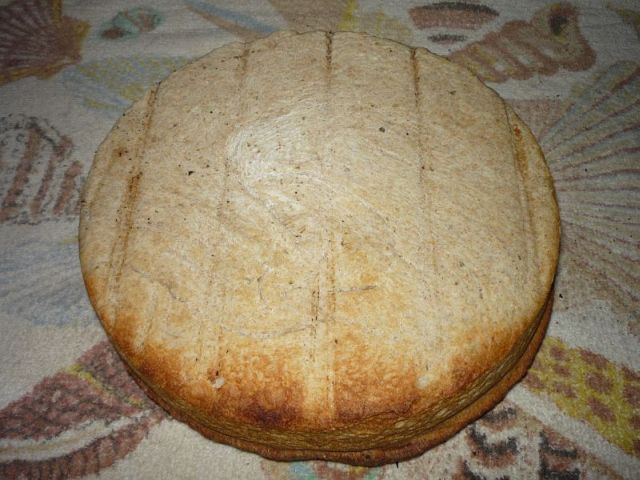 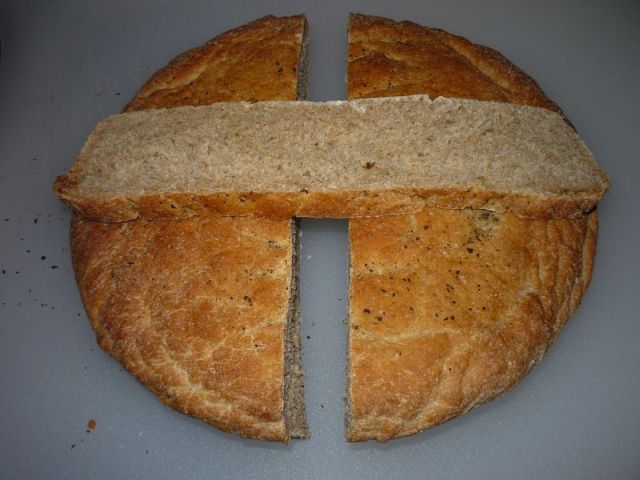 Crust and crumb couldn’t be better—that’s just what I wanted!

So there it is! My first hybrid bread. What did I learn?

, and will be starting sourdough experiments in a week or two. Stay tuned for more breads and more pictures, and also, don’t miss my soaping pages!