all the pros and cons exposed

The H5 Extreme is a small digital camcorder capable of full 1080p HD video recording. It is a “hybrid” camera, capable of video, still pictures, voice recording, and if enabled in the firmware menu, mp3 playback. It utilizes a 5 megapixel sensor and stereo microphones. It has a 3-inch widescreen veiwscreen. It will play back video and audio through any television and has both composite A/V and HDMI outputs. It has a stereo microphone input for external mic. It has a USB connector for connection to a computer. Cables, battery, and lens cap are supplied. It will not function as a webcam, and it will not run a remote monitor while recording.

All in all, it does what it says it will do. It is priced at $130 and compares, in features, with some camcorders costing up to twice that much. But it has a number of design deficiencies that limit its usefulness.

In conclusion, the H5 Extreme should be considered an entry-level camcorder for people who just want to shoot basic home videos, but insufficient for even the casual video hobbyist. The jitter during motion shots limit its HD quality, and its lack of shoe, filter threads, and remote monitor support limit its expandability. Otherwise, it does a nice all-around job for a $130 camera, and you can have fun with it.

These are reduced to 800 pixels wide so they fit in a web page. They will not appear as do the originals, but are here for comparison. 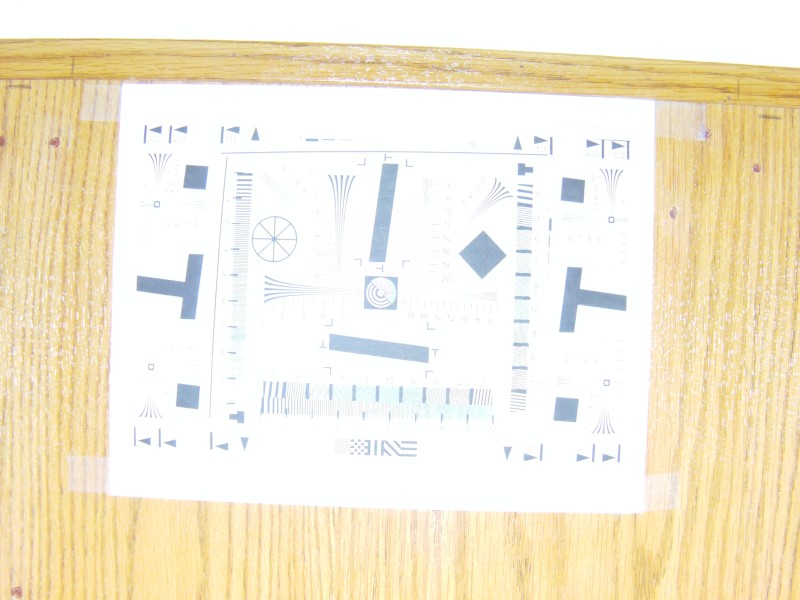 At 12 MP, 18-inches, with flash. Both the chart and the camera are exactly level.
Notice the -2° imager tilt, the barrel aberration, and the flash overload. 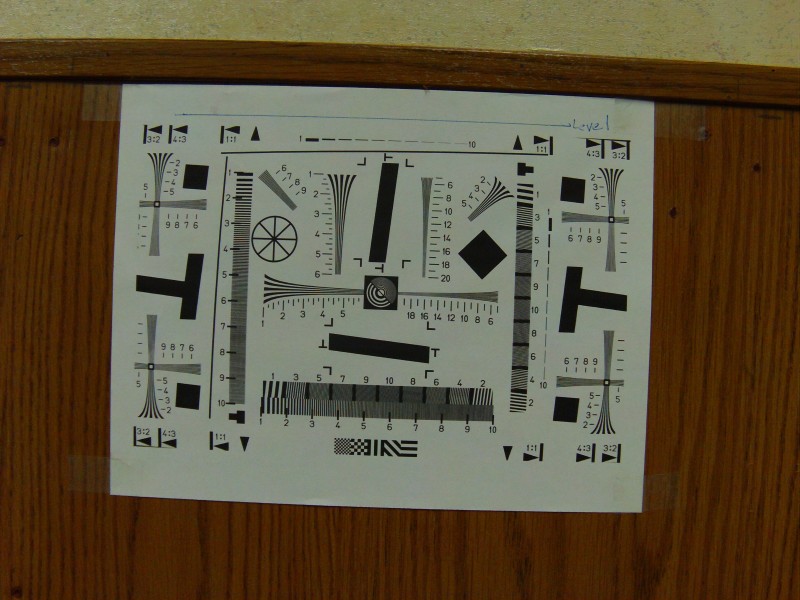 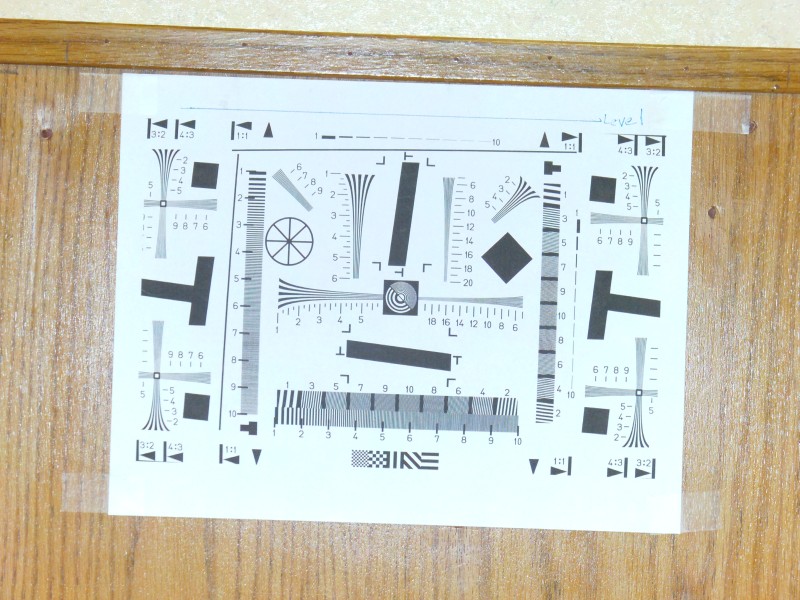 At 12 MP, 40-inches, 1× zoom, with flash. The barrel aberration is mostly
gone at 40 inches. Imager tilt remains. Flash is still a bit too hot. 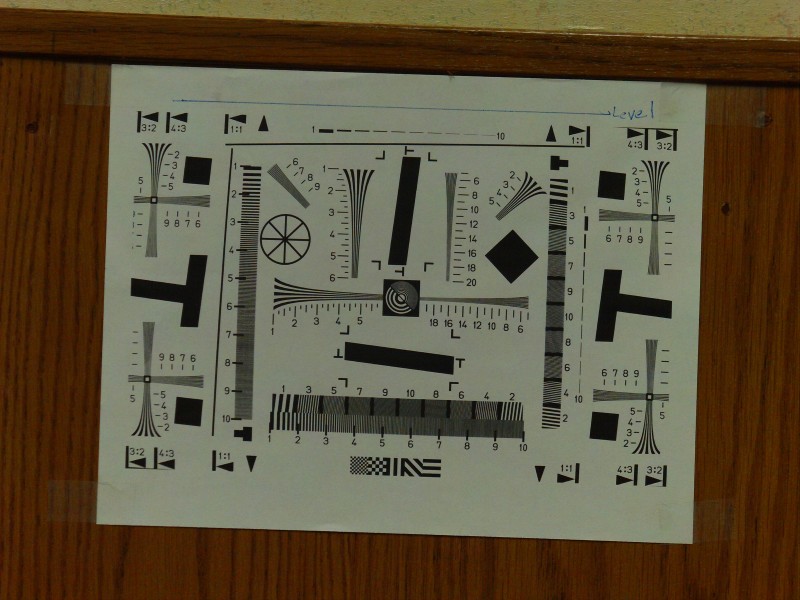 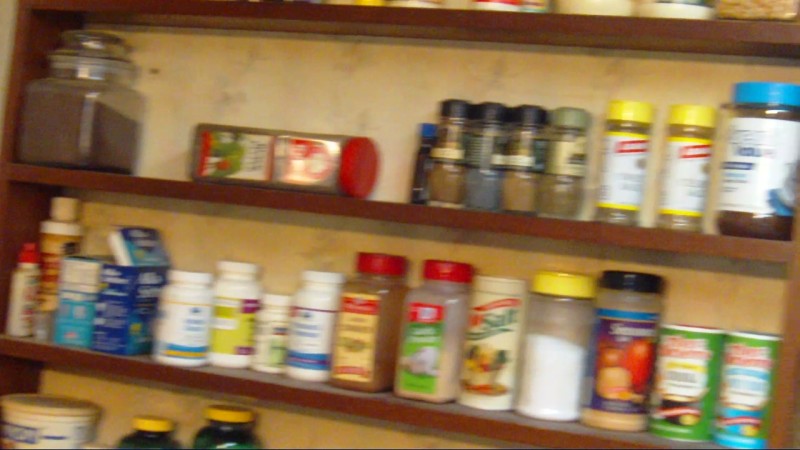 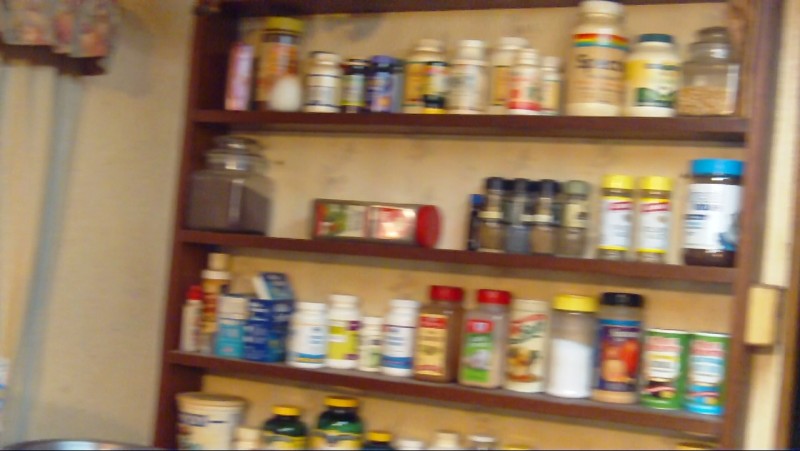 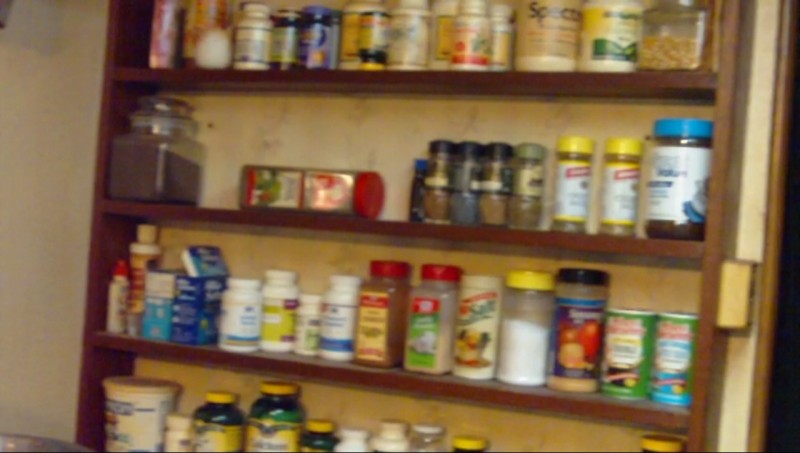 I did some transcoding/downsampling tests converting H.264/mov’s to X.264/mp4’s with HandBrakeCL. In each case, I ran the videos in multiple copies of VLC and stopped them on the same frame, switched back and forth and compared the results. The still videos were of a test pattern shot from a tripod; the panning videos were shot from Stabilizer3 (my homemade “Pilot”-type) spinning the camera. The compared pan speed was what I would call slow, about 15-20 degrees per second. At about 30 degrees per second and above, all was a blur and no comparisons were possible.

Notes: Blocking is not so noticeable during pans as it is looking at still frames. I was comparing each one paused (still) on the same frame in each case. By “good rate” I mean that no visually significant artifacts (blocking, ringing, etc.) were observed in the downsampled file, compared to the camera file.

In practice, I have observed that shooting at WVGA and downsampling it to 640kbps (with 128kbps audio) makes reasonably good YouTube uploads. This is in an mov or mp4 container, with H.264 or X.264 compression. Thus, a 10-minute video ends up around 50-80 megs, a reasonable upload on ADSL. Since YT is gonna convert it again (and lose a little quality) I’ve started uploading videos downsampled to 1500kbps and they turn out fine on YT.

In the works: I’m building a shoulder-mount, walk-around, 20-foot telescoping jib, with a stabilizer on the end, controlled with 4 fishing lines… Imagine that!

After that, I thinking about building another Merlin-style stabilizer using ¼″ 6061-T6 aluminum.